An integrative project about self-determination and heteronomy. Awarded the "Young Experts" prize at the 25th Hessian Theatre Days 2013 and invited to the "EXPLOSIVE! - International Festival for Young Theatre".

Idols is a production with people with disabilities, professional actors and a dancer. With scenes from the play “Girls in Uniform” the Brachland-Ensemble lets the harshness of a Prussian boarding school collide with the care and trust of this integrative ensemble and asks, which models and idols there are today.
The production IDOLS combines dramatic scenes with live interviews, as well as documentary private moments, and contributes to a blurring of fiction and reality.

At the beginning there was nothing more than the term “idol”.
At first we concentrated the work on the abilities and peculiarities of this integrative ensemble, to get to know each other and to explore, what is possible together. Theatre was imparted, flouted and questioned.
Special was and stil is the work process, that includes all people involved equally. The demands of the participants, as well as the team's artistic demands are taken into account. Different worlds of thought meet and create unexpected syntheses.
The scenes, based loosely on “Girls in Uniform”, are used only fragmentary within the production IDOLS and complement the improvisation-based elements with dramatic scenes. It takes up on thoughts on freedom, autonomy, human closeness in stead of distinction.

The scenic material of “Girls in Uniform”, shown as kind of an open rehearsal with all participants, stands next to interviews, dance, documentary settings and other “stage situations”. The different levels make fiction and reality blur. Next to private, documentary moments performed scenes occur, chaos next to order, the Prussian harshness from “Girls in Uniform” next to a modern, open and understanding manner.
So the production takes up on means of acting and dancing, performance as well as documentary and lets all those merge. 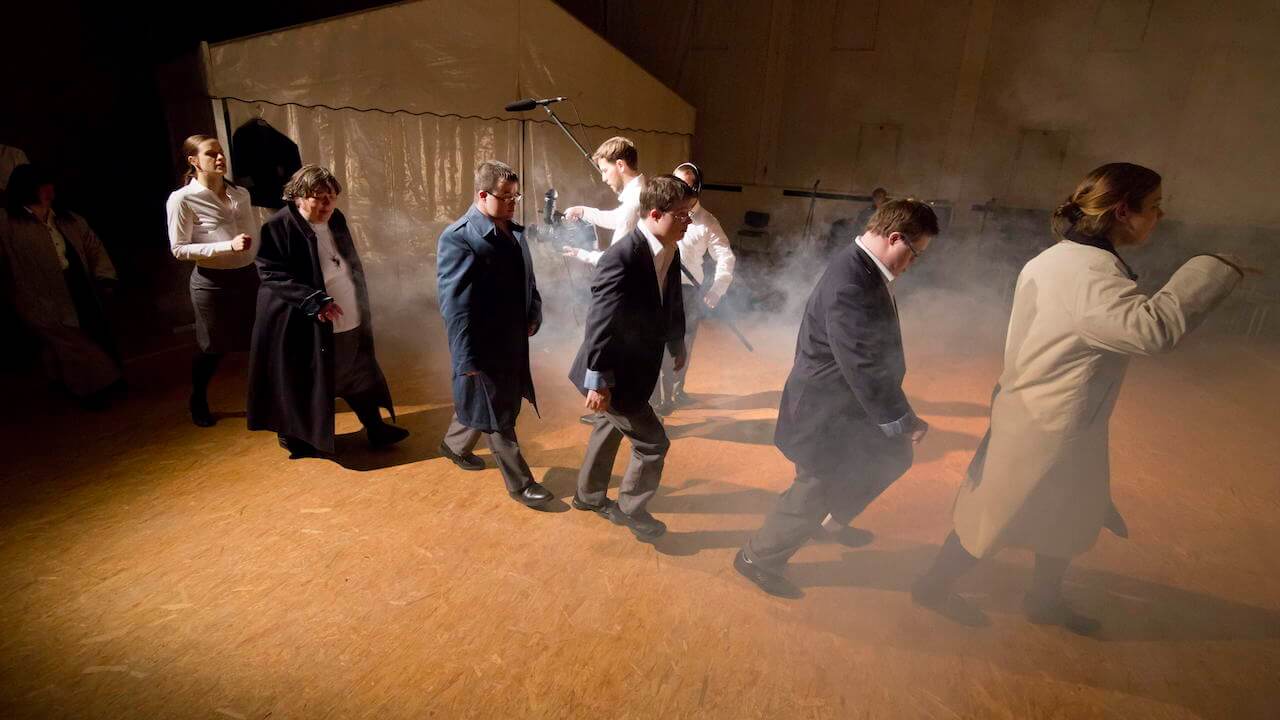 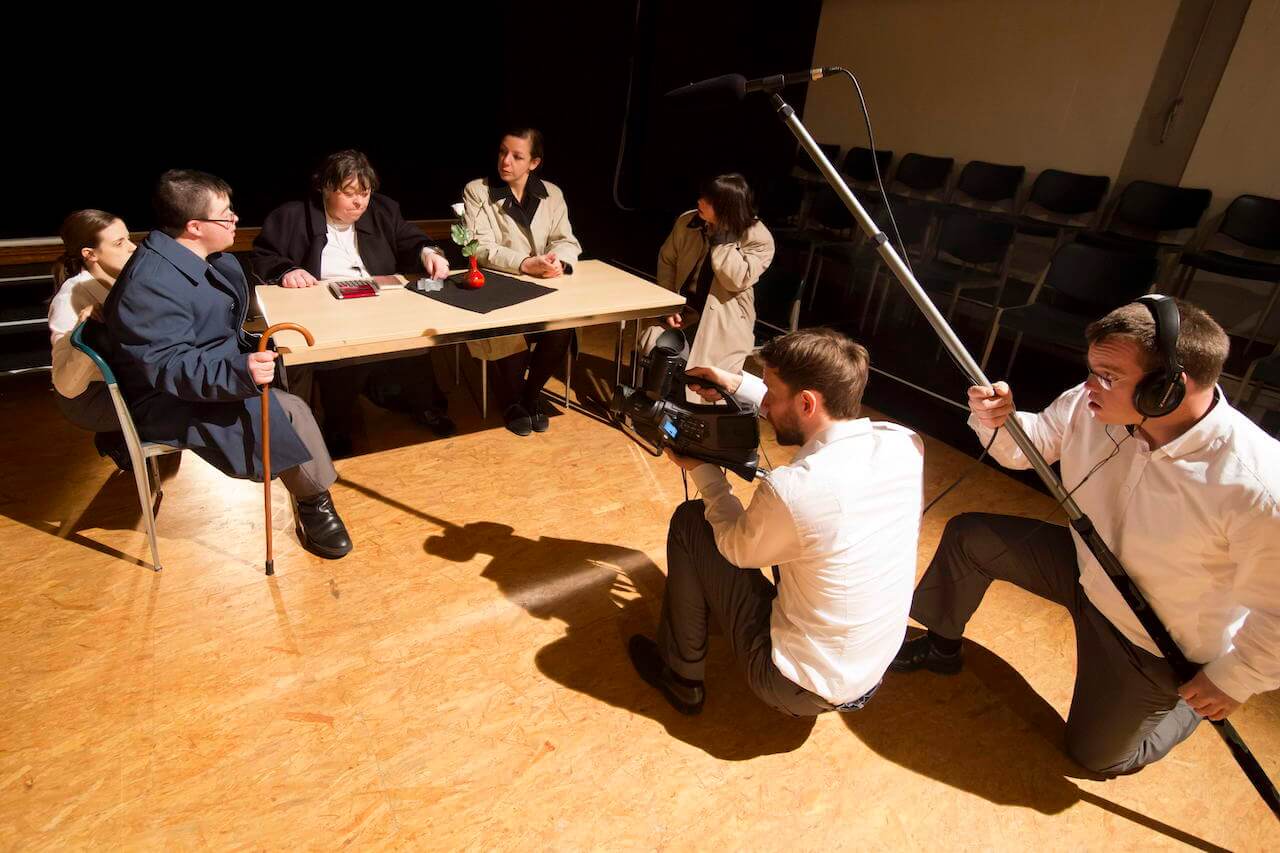 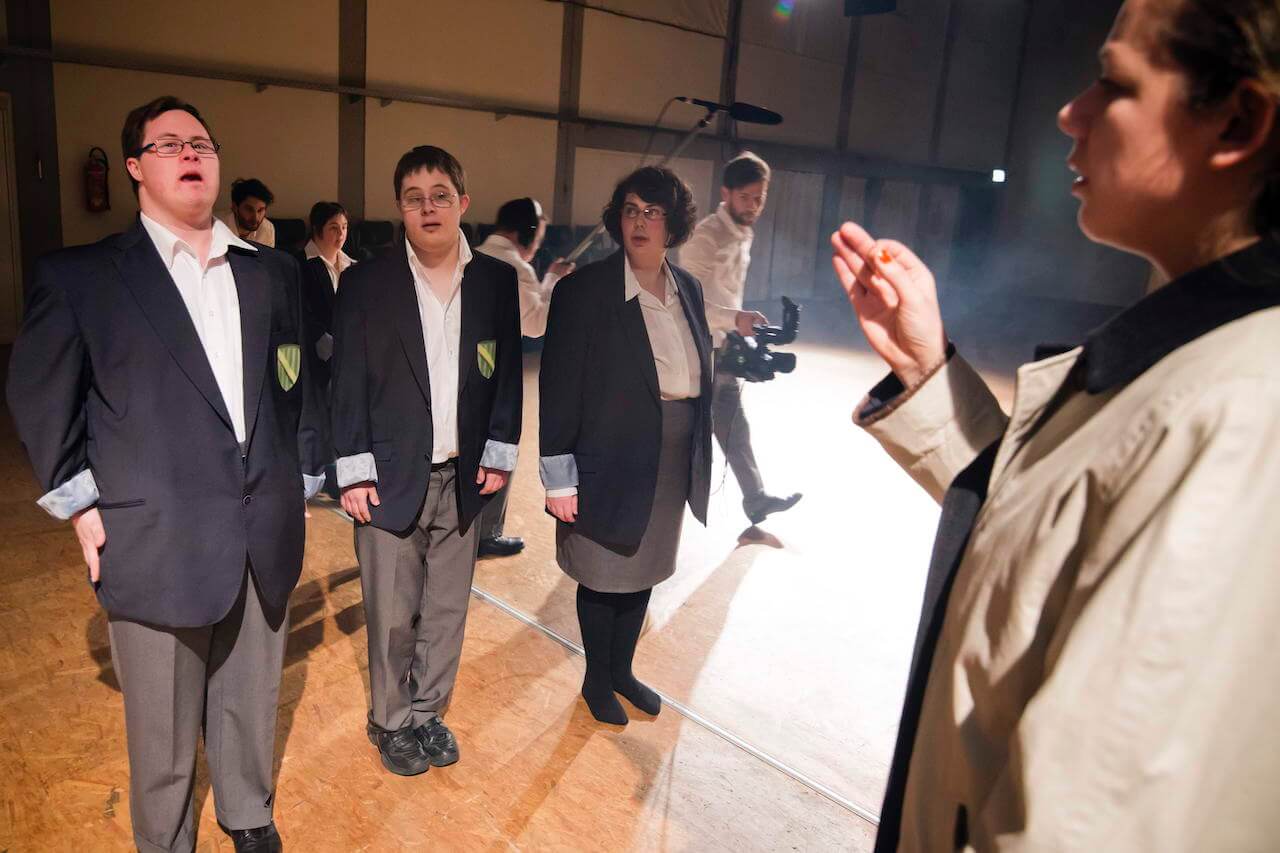 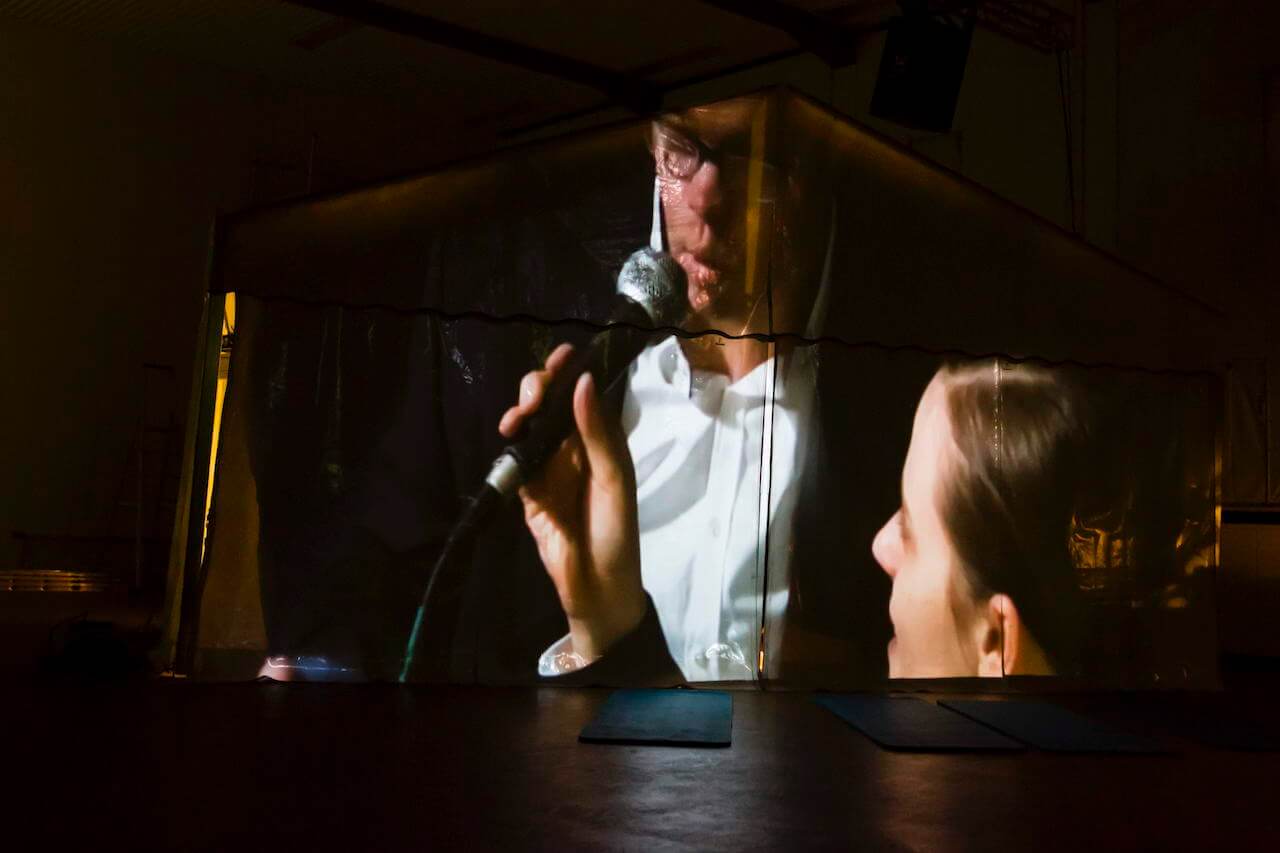 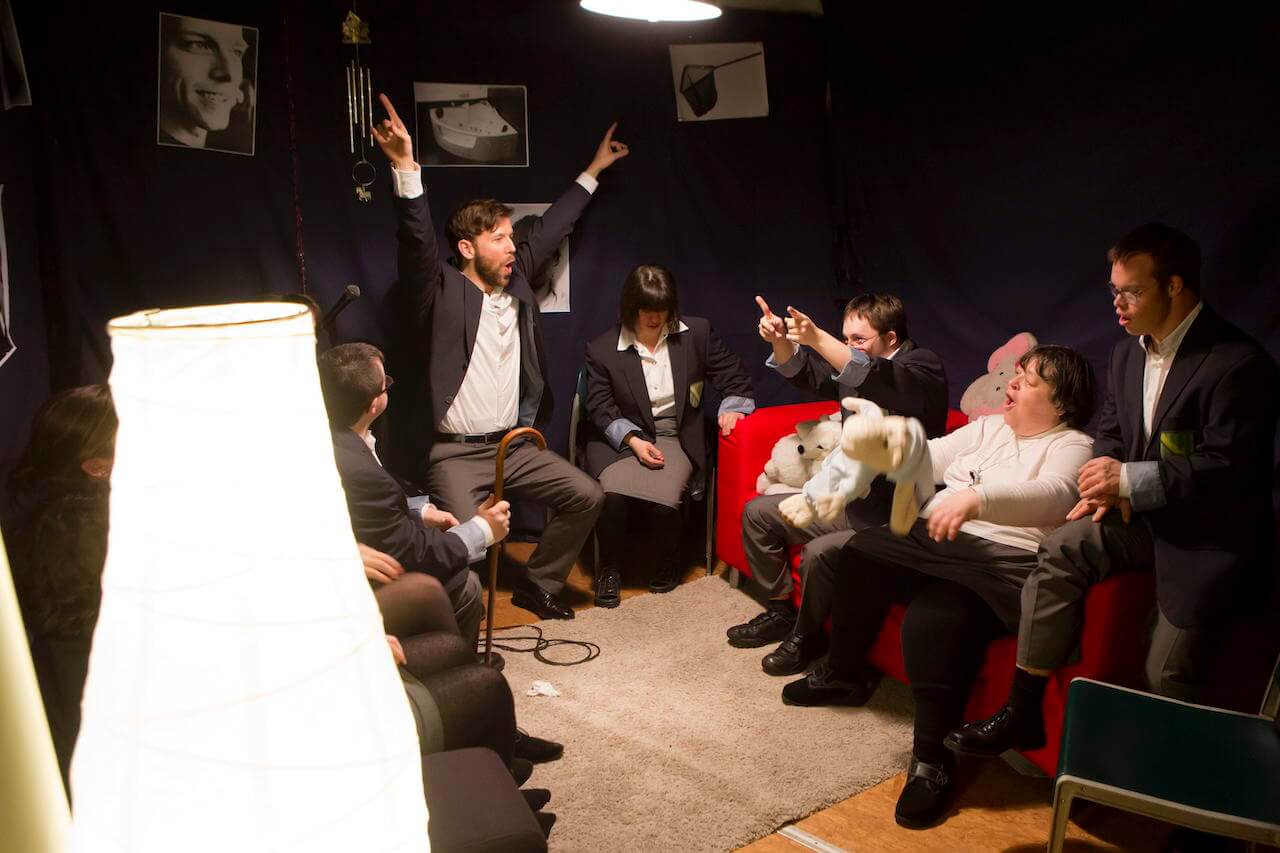 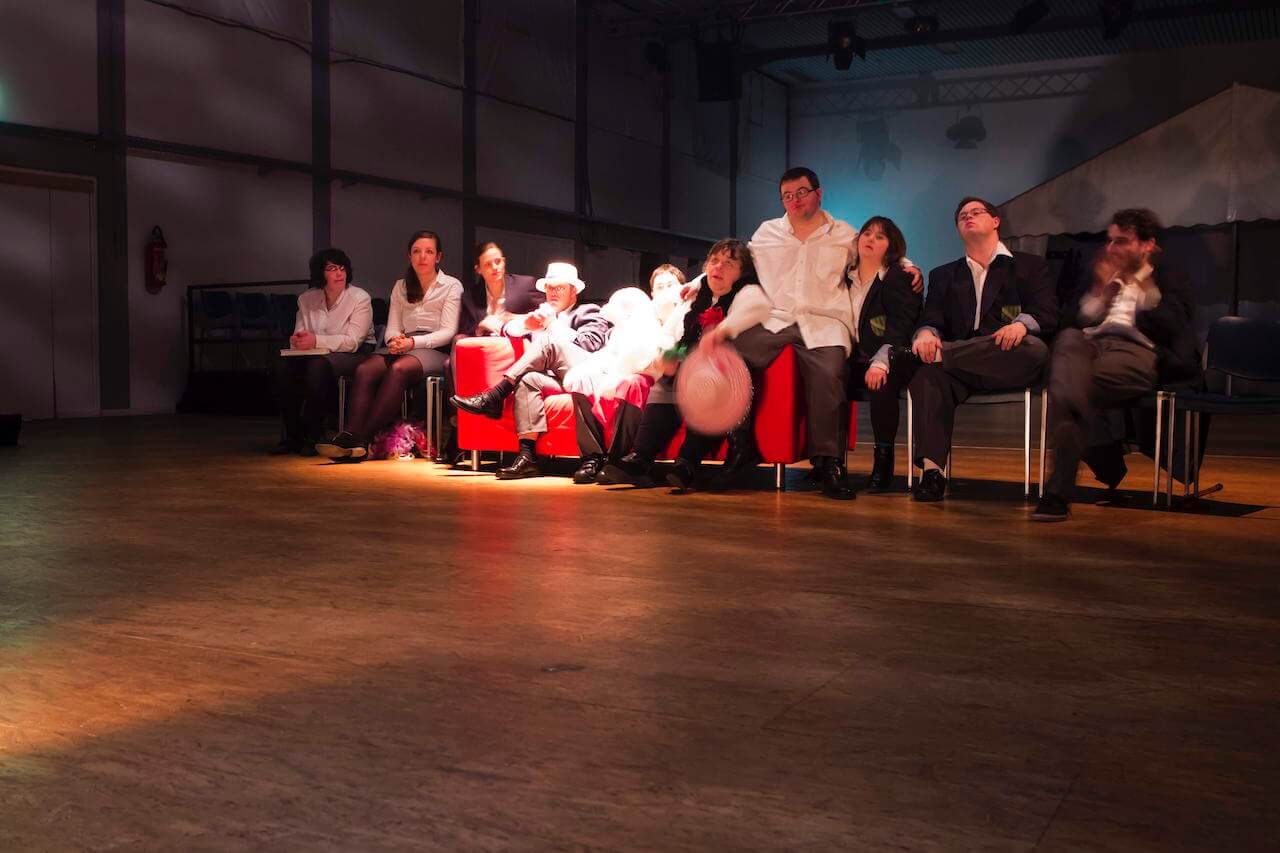 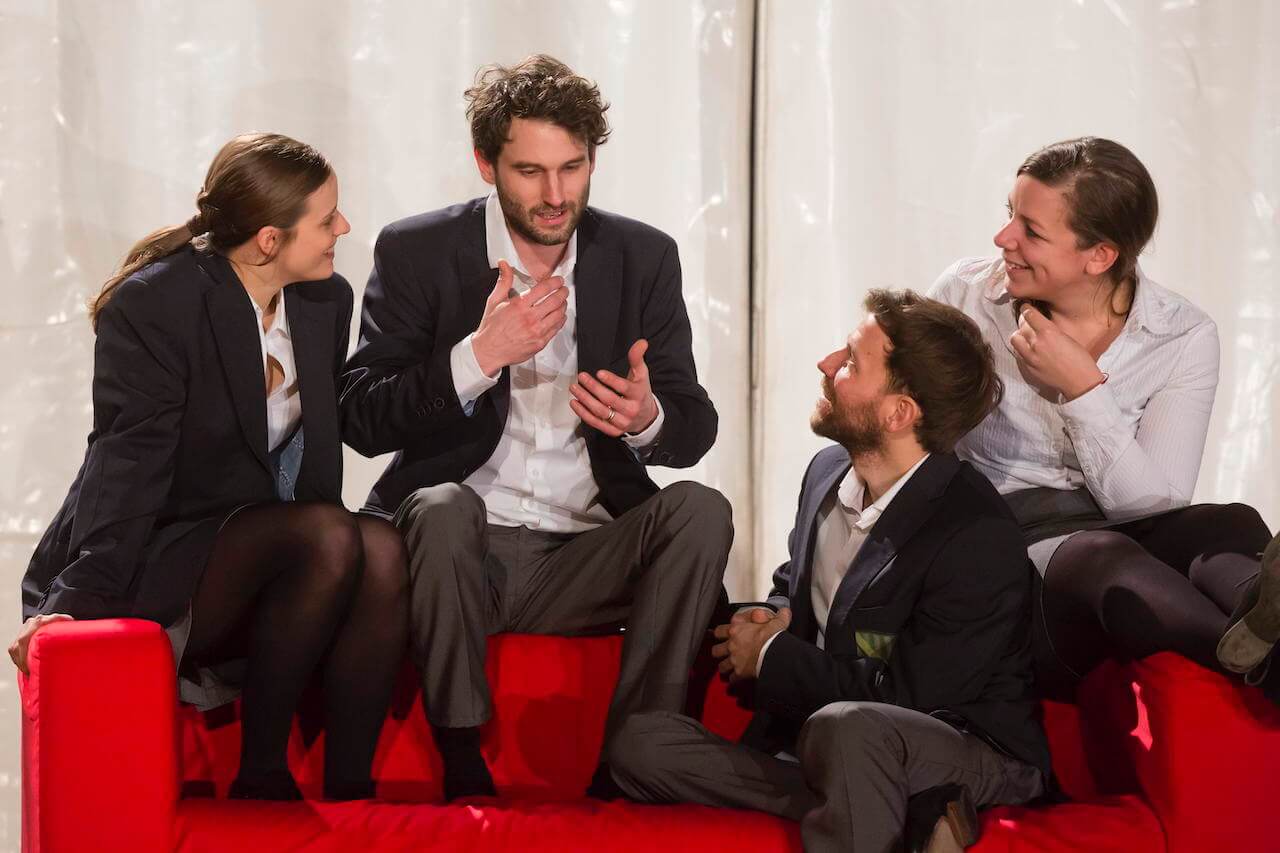 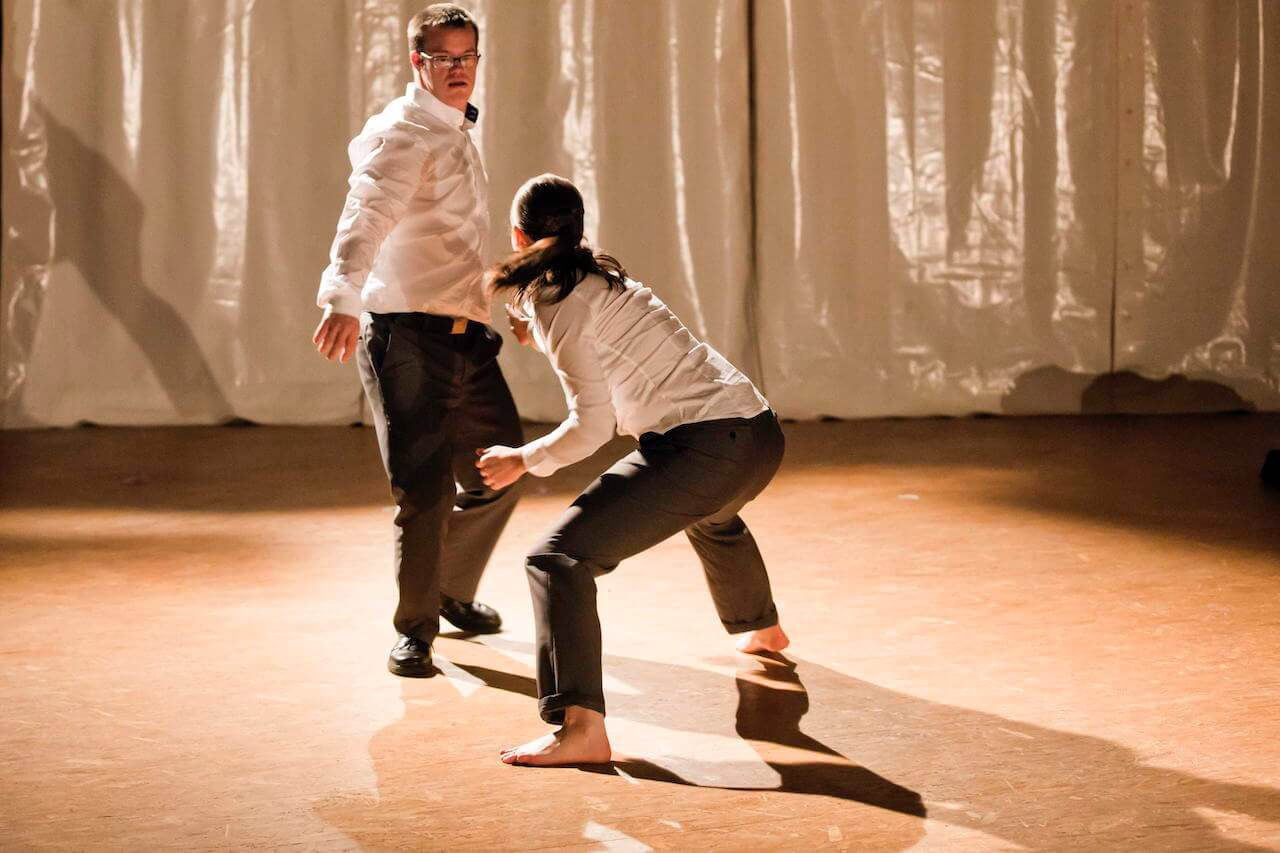