Since 2011, the Brachland Ensemble has been realising projects between contemporary theatre, journalistic research and political education. The ensemble is made up of theatre artists and cultural workers from the fields of drama, performance, dance and animated film, who work together in changing constellations. 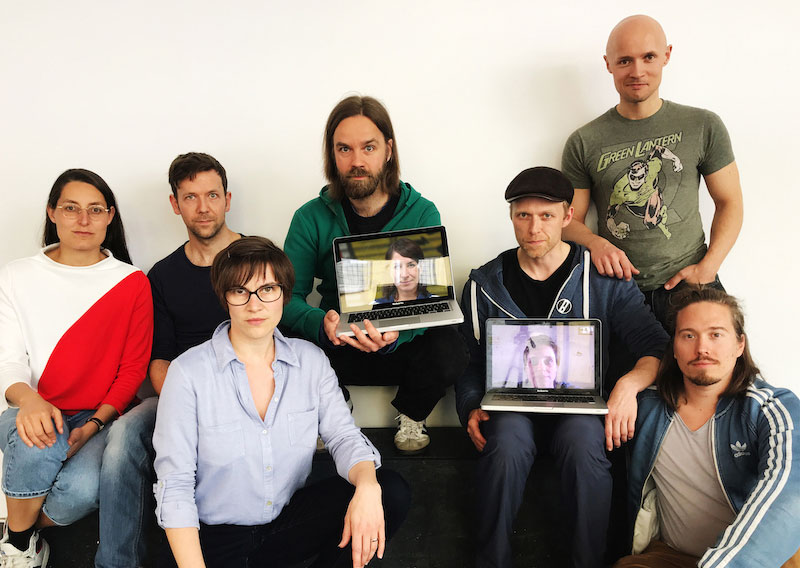 The choice of themes reflects artistic diversity: changes in the social atmosphere, critical discussions of topics from science, politics and the media as well as personal questions form the starting point of the works. This is usually followed by intensive research phases at home and abroad. The ensemble has travelled to India, Tanzania, Ghana, Syria, Japan, Israel and Palestine as well as Sweden, Belgium and Germany and has built up an international network of artists and organisations.

We are curious. We work interdisciplinary and playfully. We investigate individual phenomena of theatre, whole systems and the fool in us. We ask the naive questions. We change the perspective. We show connections and the principle behind them.

Since its foundation in 2011, a wide range of projects has been developed: from solo pieces and reduced performances, to elaborate video exhibitions and site-specific audio walks, actions of political education and plays in large ensemble settings.

So when asked how we work, we say: yeah! Or: foolish! Or: hooray! Depending on who answers. The third third is an consent to Arts and Society. A sense of what we do with it. Together they represent our promise.

Dominik Breuer (Brussels), Maria Isabel Hagen (Hamburg) and Gunnar Seidel (Nuremberg) form the artistic direction. The ensemble works impartially, is guided by the values of the Universal Declaration of Human Rights and attaches great importance to paying its artists with decency. There is no fixed venue. The ensemble receives project-related funding.

We are close to the people and want to inspire. We love elaborate stages and yet we can do without everything. We use what is necessary. Our projects are pure and complex. Heterogeneity is our strength. We network and we seduce to discourse.

We are active in a changing world.

2015: Cultural Promotion Prize of the City of Kassel